The magic of Glastonbury, the world’s most famous festival

Lots of festivals take place around the globe, but few inspire the enthusiasm and passion of Glastonbury. Indeed, this annual event, which takes place in the fields of a Somerset farm, is arguably the world’s most famous festival. Year after year, it attracts the biggest names in music and entertainment, and fans can’t seem to get enough of the five-day party. So what exactly is Glastonbury’s magic? 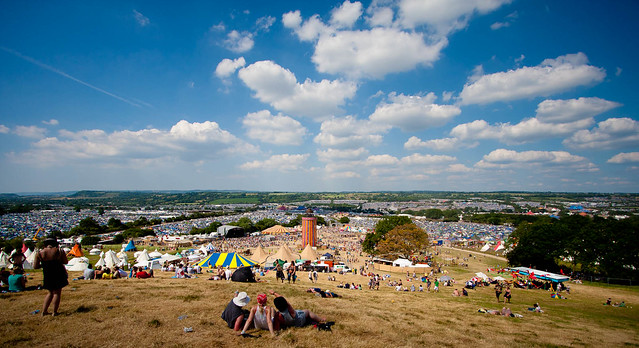 One of the draws of this annual fiesta is its rich history. The story of this festival began in 1970, the day after legendary musician Jimi Hendrix died. The brainchild of Michael Eavis, the event lasted just two days and acts included Keith Christmas, Stackridge, Marc Bolan and Quintessence. Around 1,500 people turned up to the event, handing over just £1 to enter. The following year, the event was moved to coincide with the Summer Solstice and acts included David Bowie, Joan Baez and Fairport Convention. The lucky 12,000 individuals who went to the festival got in for free. In 1981, the celebration of music and culture assumed the name Glastonbury Festival, and it has never looked back. Over the years, attendances have risen and the acts have become increasingly illustrious and diverse. The event has also produced some of pop culture’s most iconic performances, including The Smiths in 1984 and Radiohead in 1997.

Glastonbury’s charm is also enhanced by the fact that, in many ways, it is like a series of different events that all converge on the same place at the same time. As well as its high-profile Pyramid Stage, it boasts an array of other stages and areas for revellers to explore. Lots of people like to wander around, checking out the myriad of possibilities that await them. For example, the Theatre & Circus fields offer an impressive selection of acts, ranging from comedians to fire dancers. Meanwhile, the poetry stage plays host to some of the best wordsmiths from around the world. There, audiences are treated to a mix of stand-up poetry, poetry-music fusions and performance poetry. Being able to move from stage to stage and tent to tent means revellers never get bored, even if they attend the event year after year.

It’s impossible to talk about Glastonbury without mentioning the mud. The British weather and the farmland location of this yearly party conspire to ensure that more often than not, people find themselves wallowing in acres of mud. OK, so this may not be everyone’s idea of fun, but for diehard festival lovers, this battle with the conditions just adds to the experience.

From strength to strength

This festival continues to go from strength to strength, as statistics from this summer’s event show. When the 120,000 tickets for the five-day spectacle went on sale, they were snapped up in less than an hour and a half. In total, around a million people tried to get their hands on tickets. Meanwhile, to accommodate this vast number of festival goers, organisers provided an impressive 5,000 loos along with 700 male urinals. They also set up special WiFi hotspots so that people could share their experiences of the event via social media. The impressive line-up included the likes of Lily Allen, the Arcade Fire, Metallica, Kelis, Kasabian, Ed Sheeran and Elbow. Meanwhile, busty blonde Dolly Parton made the trip across the Atlantic from America and stole the show.

If you’re feeling inspired by the magic of Glastonbury and want to buy tickets for the world’s best festivals, you can head to websites like Gigantic. By keeping an eye out for the hottest tickets on the web, you can help ensure you don’t miss out on the best musical celebrations around.